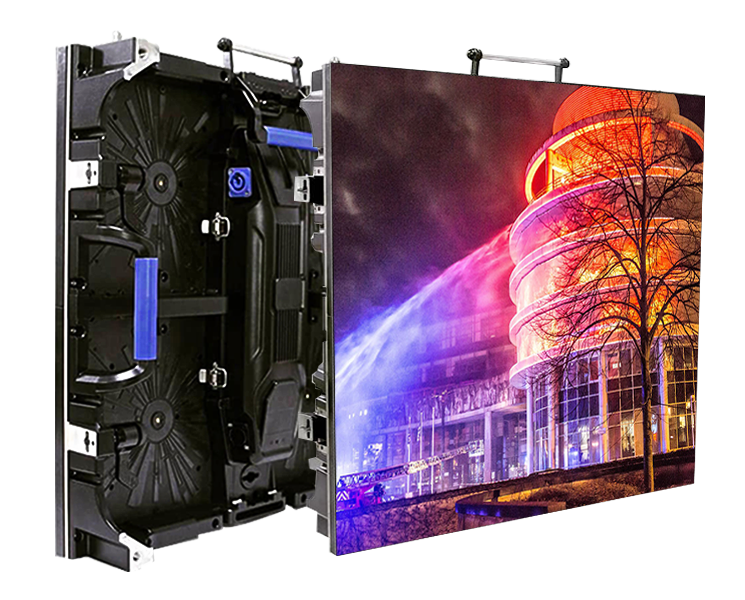 Filmmaking is being revolutionized by virtual development. Filmmakers are using LED screens with high-quality LED processing as amazing replacements for conventional green screens, allowing them to capture both live action and CGI in-camera. 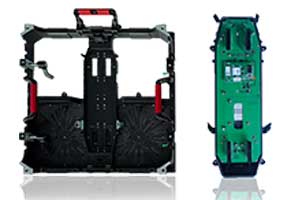 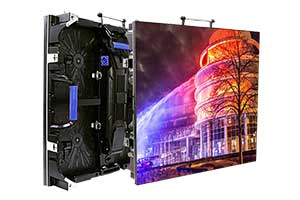 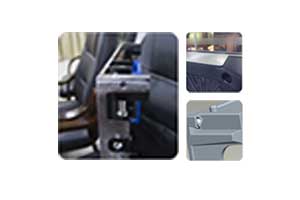 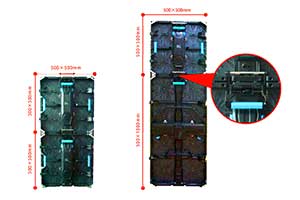 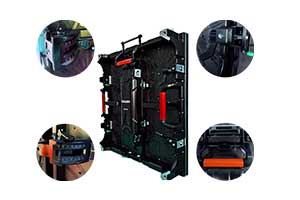 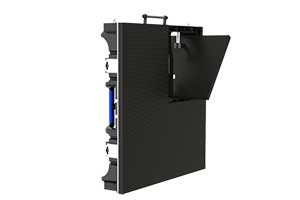 While filming this scene from Disney’s “The Mandalorian,” the actors could see their surroundings, but the surroundings weren’t actually there. All of this is just LED screens displaying backgrounds pre-made in a video game engine.

Compare that with this fight scene from “Avengers: Endgame.” Where actors jumped around in a sea of green, imagining how VFX artists would make this planet look once filming had ended.

“The Mandalorian” is one of the first major productions to choose LED walls over green screens. And the benefits for the actors are just the tip of the iceberg. LED walls make the lighting better, filming smoother, and in certain cases, cost a lot less than using green screens. But to understand why the team behind “The Mandalorian” chose these LED screens, we have to understand just how they work.

“Mandalorian” showrunner Jon Favreau revolutionized virtual production while directing “The Lion King” and “The Jungle Book.” However, the process for these two remakes still relied heavily on blue screen and post-production work. For “The Mandalorian,” LED wall technologies seemed like the next logical step given the show’s production budget and time frame.

Now, you may be thinking, ‘This isn’t so new, I’ve seen something like this before.’ And you’re right, kind of. The predecessor to what we see on “The Mandalorian” is a driving scene like this one, from “Dr. No.” You’ve got the actor in the car and behind them, a screen with footage of the road they’ve traveled. But the technology was limited. Say you want to move the camera angle during the scene. That projected footage can’t move with the camera.

But by using Unreal Engine, tech borrowed from the video game field, that problem is solved. Artists can create a photorealistic 3D background that moves strictly with the camera’s field of view, known as the frustum. So if the camera swings around and changes angles, the background shifts in precisely the same way. This allows motion-tracked cameras to execute traditional cinematography techniques within the virtual set, achieving cinematic movements like the parallax effect, where an object in the foreground moves at a different speed than the background, amplifies the illusion of filming at an actual location.

Now that LED screens can move with the camera’s eye, virtual sets can solve a bunch of green screen problems. The biggest one probably being lighting. 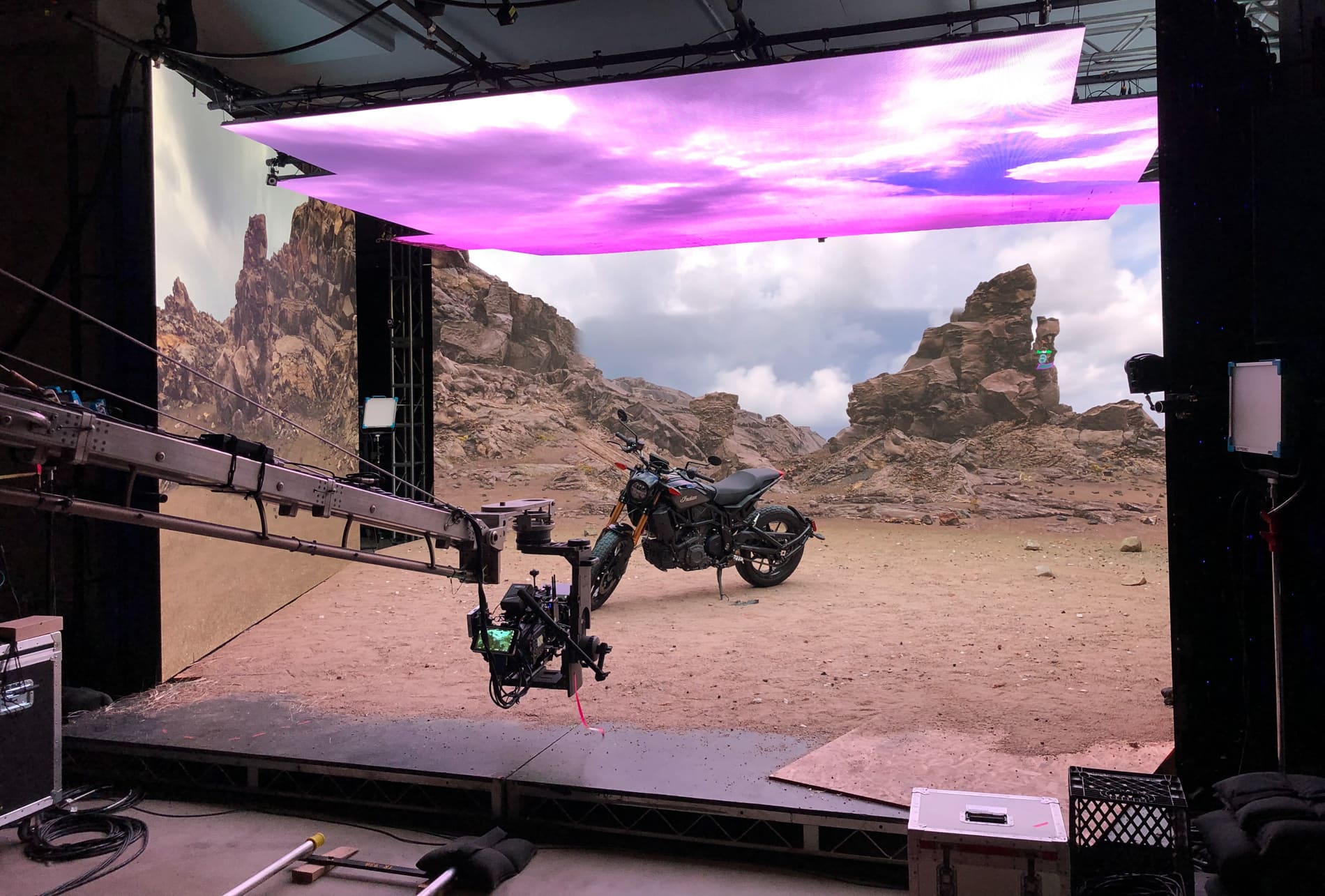 Screen pitch
The LED pitch refers to an LED display’s ‘pixel pitch’, which is the shortest distance from the center of one pixel to the center of the next. The ILM Mandalorian screen had a pitch of 2.84, which is significant, as we pointed out in Part 1 of our series regarding moire patterns. In reality, pitch specifications are becoming much better, such as in broadcast where it is not uncommon to work with 0.9 pixel pitch. But it is not an absolute number that determines moire. It is a ratio of pitch to distance at a particular exposure. “The team at Lux on The Mandalorian had a ratio that they felt comfortable with and I think it was always like 12 to 15 feet away from the wall at a certain T stop,” commented Blondin. 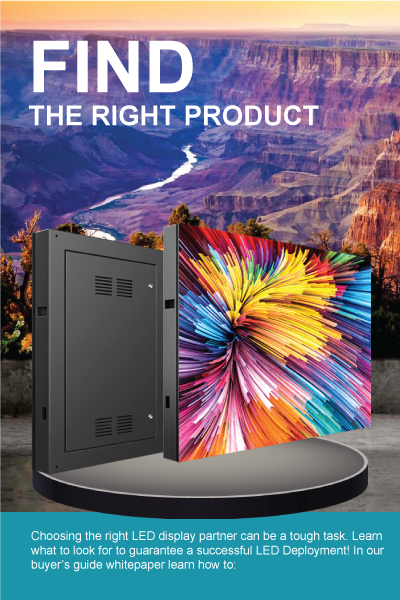 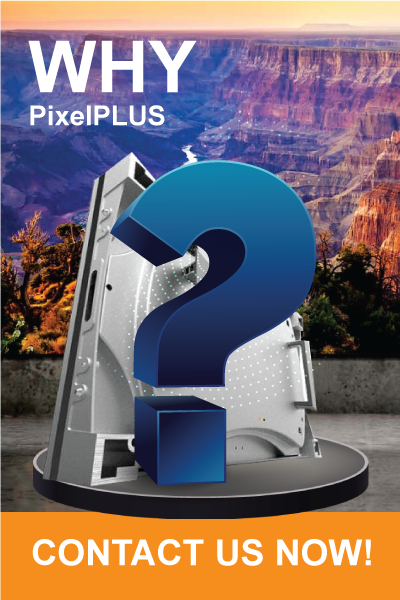 Send us a message and let us know how we can help make your project a reality!